This Saturday is the finale of Eddie Hearn’s Fight Camp series which has provedto be success to date and his kept his Matchroom fighters active as the pandemic continues to affect boxing a huge way. As this is my first fight preview in quite a while I wanted to give you my quick thoughts on how the pandemic has affected boxing and will of course give my thoughts on the weekend’s action.

This is in fact my first fight preview I have written about since Fury vs Wilder, and I have really missed writing about the big fight nights and even seeing buzz and debate on social media. I guess it’s given us a greater appreciation of live sport and the big fights that have very much been absent this year because of coronavirus.

Saying that, with coronavirus looking like it will be around for quite awhile, promoters can’t keep hiding the big boxing stars and wait for the big crowds. Life needs to carry on and the longer these stars are not fighting – the ring rust will certainly come in, with risks of big upsets!

Take the UFC for example, although there has been this worldwide crisis – they have still continued to set up some huge fights in mma. Unfortunately with boxing I have probably seen the opposite to date with promoters looking to keep their fighters active rather than setting up against worthy opponents. (But I guess boxing has always had that issue)

It will be interesting to see how professional boxing will develop over the rest of the year and if these big fights will start to happen. So far Lomachenko vs Lopez seems to be about the best there is!

Now onto the weekend action…Dillian “The Body Snatcher” Whyte, (27-1, 18 KOs) and Alexander Povetkin (35-2-1, 24 KOs) clash for the right to be considered the WBC’s mandatory challenger to Tyson Fury.

Both Whyte and Povetkin will know that nothing other than a victory will suffice if they are to attempt to muscle in on the top o the heavyweight division that is really taking shape with the likes of Fury, Wilder, Joshua and now Usyk.

In term of my prediction, I think Whyte should be able to just enough and keep Povetkin at bay with jab and awkwardness on the inside. Povetkin is no easy customer and could see him cause a lot of problems for British heavyweight on Saturday. UD Whyte.

Check out some of the stats of both fighters head to head below: 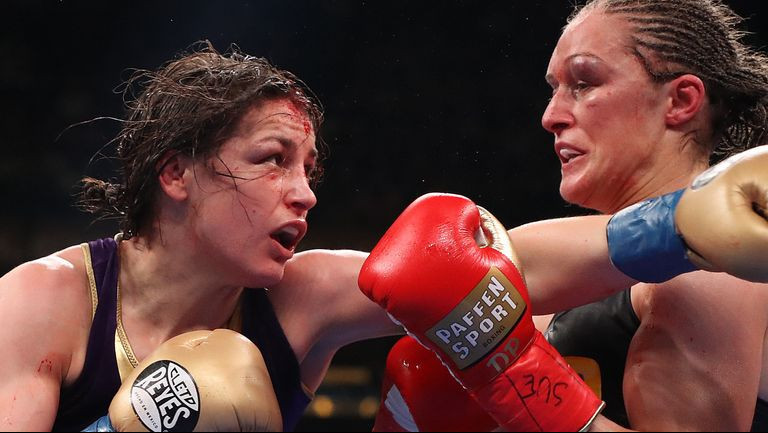 Taylor was apparently “fuming” after enduring over a year of taunts from Persoon and numerous fight fans who regarded the decision to award the first fight to the champ as daylight robbery.

The bad blood between the women and the punching power of the heavyweights should guarantee an exciting conclusion to what has so far been a successful Fight Camp.

For me Taylor is a class act and it was nice too see closely contested bout in the first fight. However, I’m sure Katy will bounce back and make the adjustments to make a point this Saturday. UD Taylor

Not the most exciting undercard for this Saturday night, but having boxing is better than none!

Where Can You Watch?

Thanks for reading this fight preview, and I plan to start covering more of these events in the coming months.

Make sure to check my boxer style analysis here.