The weekend will see Sergey Kovalev (32-3-1, 28 KOs) face WBO champion Aleider Alvarez (24-0,12 KOs) for the second time after the Colombian’s brutal TKO victory over the Russian in Atlantic City last August. The second showdown between the two will take place at the Ford Center in Texas and will have two more world title fights on the undercard with Oscar Valdez defending his vacant WBO belt, along with the vacant bout for the IBF lightweight title. This fight preview I’ll be taking a deeper look at the main event and consider if Russian has anything left in the tank.

In my boxing round-up back in August, I was actually extremely surprised when “The Krusher” suffered his third a defeat as a professional to hand of Alvarez. Personally I thought Kovalev’s experience, ring IQ and pressure would guide him to a TKO victory over “Storm” Alvarez. This was not to be the case, as Alvarez proved to be a much tougher opponent for the former Russian Champion – reality truly hit him in the 7th round as Alvarez hit him with thundering right-hand.

It was after that over hand right from Alvarez, Kovalev was on another planet for the rest of the round. Eleider then put pressure on for the rest of the round knocking him down again with a powerful left hook and right-hand shot, as Kovalev crumpled to the ground. Kovalev was brave to get up again, but the damage was already done at this point, as Alvarez finally took him down with one last combination of shots. Check out this HBO boxing full fight highlight below to see for yourself. (I have set the video to start from the 7th round finish.

After the fight, the majority of fans thought this was truly the end of the road for Sergey Kovalev, but like so many past fighters…this sport is an addiction and it’s so hard to walk away – especially when it ends like that. Kovalev was up in all three judges score cards before the 7th, which shows he is still a formidable opponent for anyone and no doubt he will feel himself he can win again. With Kovalev’s team sanctioning the rematch clause, it also gives the Alvarez camp an opportunity to prove the first bout was not a flook. 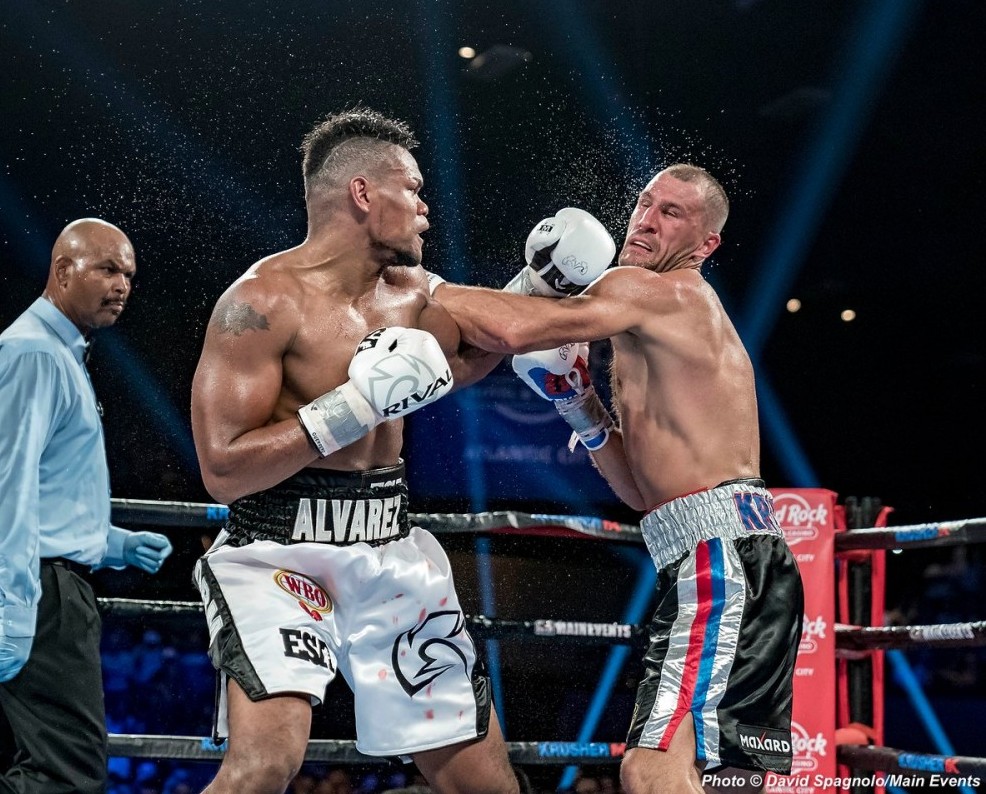 Since the defeats to Andre Ward, there has been some strange behavior from the once feared Russian champion. Changing trainers twice, including dumping John David Jackson who has had some strong words to say about him after his KO defeat. He has gone away on a religious retreat and worst of all he faces a felony assault charge for allegedly punching a woman in June at Big Bear Lake, California, before his fight in Atlantic City. He’s in a strange situation leading up to this fight and I feel Kovalev should most likely call it day however the results ends up.

For my prediction it will be go one of two ways, a convincing points decision for Kovalev with few shake ups along the way or a similar repeat to what happened last time a brutal TKO/KO victory for the Columbian in the later rounds. Unfortunately I feel the later will be the case on Saturday night. Alvarez TKO 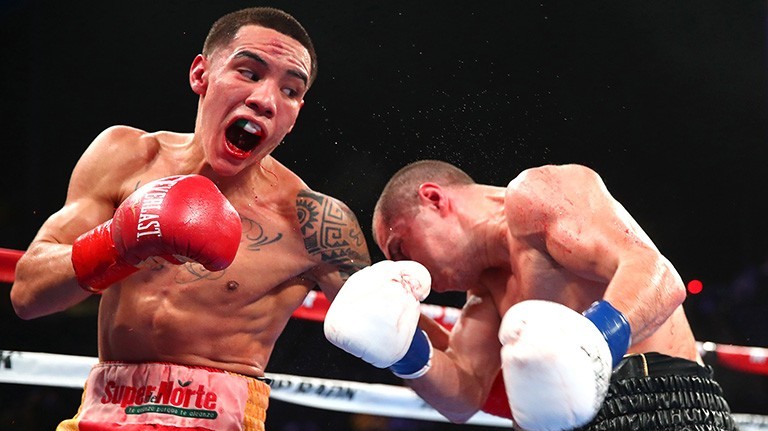 So the undercard we have the two more highly anticipated match-ups with highly rated Mexican Featherweight Oscar Valdez defending his WBO belt against Carmine Tommasone who is a former Olympian and record of 19-0. Unfortunately for him, I think he is in for a very hard night with Valdez. There is also the vacant IBF lightweight belt on the line between Richard Commey vs. Isa Chaniev which should be a close scrap while there is also an all American scrap between Olympian Teófimo López and Diego Magdaleno.

For those wondering what channel the fight is on, in the UK this will be shown live on BoxNation and if you are in the USA it will be shown on ESPN. Hope you enjoyed this weeks fight preview and for more boxing content make sure to check out more blog here or follow my social channels below: