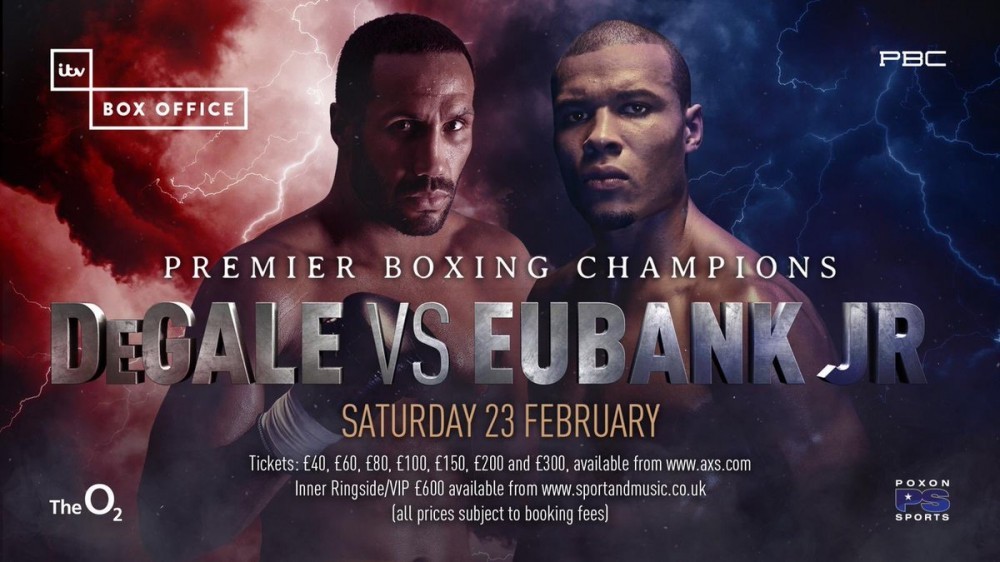 We have an interesting match up this weekend at the O2 in London, as James DeGale and Chris Eubank Jr will face each other in a super middleweight bout for the IBO title. This will be first big fight night ‘Premier Boxing Champions’ will hold in UK since partnering up with ITV and will want to make a statement against other broadcast competitors this weekend. I’ll look at both fighters along with undercard  below.

Starting off with DeGale, he’s had a strange career ever since winning gold at the Olympics in 2008 and never really hit the heights of stardom and success he was expected to go onto. Winning a world title back in 2015 against Andre Direll away from home will be a high of his career. But since then, unspectacular wins and a couple of disappointing results in 2017 have come to overshadow James DeGale career.

I personally feel the fight with Badou Jack was his greatest opportunity to show his greatness, but an incredibly tough fight with Jack resulted in a draw as he also took a severe battering from the Swede at times. (Worth a watch). I feel the brutality of this fight personally took a couple of years off his career and it absolutely showed when he came up against Truax 11 months later losing for the second time in his career. 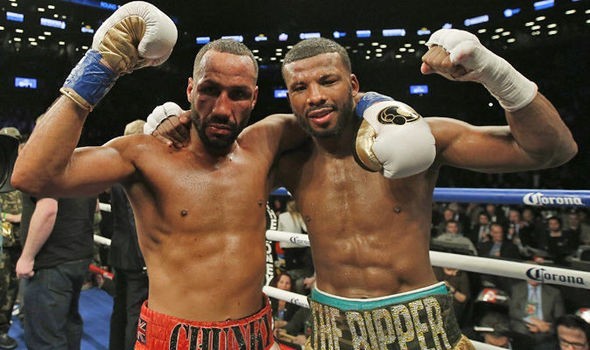 Despite all this, he bounced back in 2018 by winning back his belt and gaining another victory that year. But what now for DeGale? He has labeled this fight with Eubank as a “Retirement fight”, and at 33 he is coming to the end of his career, but how much more can James DeGale still give? A win over Eubank Jr will help him push on for another world title fight, but it’s how much he really wants it now. Leading into this fight he does seem to believe his opponent has a chance which can potentially be a dangerous attitude. He said:

“I don’t want to put him down too much because he is a tough guy, he will be there all night and he won’t back down but he is not good enough to beat me…He is a certain level and can mix it with the big boys but he cannot beat them.”

“He’s holding on to the idea that I don’t live the life, he thinks dedication will win him the fight. He thinks I’m going to die, he thinks I’m not fit. But if that’s what he’s banking on, he hasn’t got a prayer.” ( Ref Independent)

For Eubank Jr, his name has always been lit up in lights due his father’s career and this has helped him attract a semi big following to an extent. But after the arrogance shown in his defeat to George Groves, he really lost a lot of fans in the boxing community. The fact that he comes across as quite self-absorbed has been backed up by the fact he preferred to train himself, wrap his own hands before fights, only take “advice” from his father and former trainer – simply just put off a lot of fans. A wake-up call was needed and by losing in the World Boxing Super Series to Groves, I feel it was a necessity for him to progress in his boxing career. 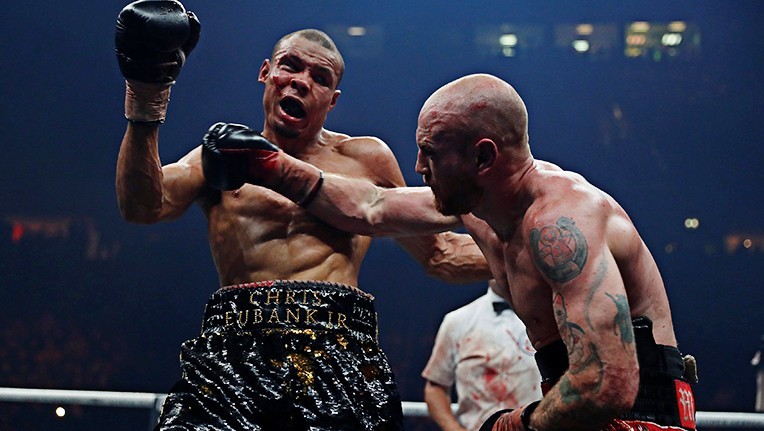 Since then, Eubank Jr has listened to some of these critics by bringing a new trainer in Nate Vasquez from the Mayweather Boxing Club. A new voice and ideas can be a very good thing for a fighter, they can start afresh, try new training techniques and tactics etc. The question that will be asked this weekend is if Eubank Jr is too far along in his own arrogance to consider these new ideas. Saturday will let us see if he will have made progress or is still the same place as the Groves fight.

For my prediction – it’s a tough one to call, I think DeGale is as vulnerable as he will ever be, and this puts him in danger against Eubank Jr who does have a decent KO win record (21 KOs). However, going off the Groves fight, I think he will struggle against naturally bigger man in DeGale, a better boxer and the challenge of facing a south paw. I think Eubank Jr will put on pressure at moments, but if DeGale can follow a similar blueprint to the Groves fight by using his jab and movement he should just get by. DeGale points decision.

A couple big names will take place on the undercard including British heavyweight Joe Joyce who will take on former WBC World Champion Bermane Stiverne for the Commonwealth title. Another step up in opposition for the former Olympian who sets his sights on a world title in the couple of years no doubt.

We also have Welshman Lee Selby returning to ring since his defeat to Josh Warrington. It will be interesting to see how he gets on as he steps up in weight. I expect a solid and more comfortable performance than his last bout against American Omar Douglas this time.

See the full undercard below:

If you are in the UK/Ireland this fight will unfortunately be PPV on ITV box office. Bit of shame considering the quality of some fighters, but ITV and Premier Boxing Champions will want to make a mark in the UK market and get their fair share. If you are in the USA, it will be shown on Showtime.

That’s it for this weeks fight preview blog. I’ll leave you with the DeGale and Eubank Jr face to face video below. For more of my boxing content make sure to check it out here and follow my social channels.