This Saturday will see a super fight for the Undisputed Lightweight Championship of the world with all four major belts on the line (if you include the WBC franchise belt). It will be a pound for pound great in Lomachenko up against a young and hungry power puncher with incredible potential looking to take out arguably the best in the world. In this fight preview I’ll give you my thoughts on both fighters, my prediction along with the full undercard.

I will also have a link for you to watch the fight if you are based in the UK or in other countries around the world. See further below: 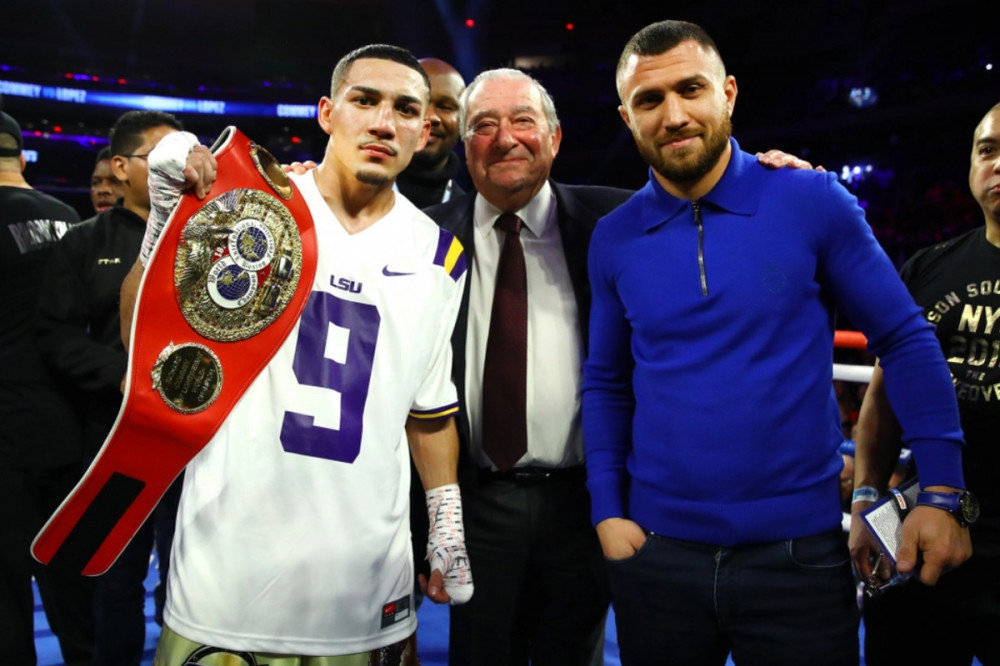 2020 has been a difficult year for the sport of boxing and with a real lack of so called ‘big fights’ this year, we have finally been given a fight that could live up to expectations!

‘Hi-tech’ Vasyl Lomachenko is the fastest three weight world champion in boxing history with a professional record 14-1, a truly remarkable achievement for anyone and it’s no wonder when asked about Lopez in this upcoming fight he has his doubts about the up and coming champion.

Who has Teofimo Lopez fought that could be considered on the same level or close to Loma’s competition? In my opinion not really anyone, apart from maybe Richard Commey who to be fair Lopez stepped up to the plate by knocking him out regardless if you think it was a lucky punch or not. (Loma did)

“If I get a chance to cause him pain, I’m gonna do it. When I was at Commey fight, I saw a very interesting first round. But in the second round, it was a very lucky punch from Lopez. It doesn’t matter, Teofimo. I want all titles.”

– Lomachenko on Lopez vs Commey“

Teofimo’s hardest test to date was of course the unknown Masayoshi Nakatani, but personal problems outside the ring were used as an excuse after the fight, but he still managed to come through the fight with Unanimous decision victory.

Teofimo however has proven though in his 15 professional fights he has tremendous power with a 80% KO rate which simply can’t be denied by anyone, even Lomachenko. At 130lbs Lopez does look to be big for the weight and could cause problems for Loma if he is not careful or gets complacent just as he did against Linares when he got knocked down. The Ukrainian as well has probably reached his peak in terms of a weight he can compete at. But he has faced two much bigger men in the likes of Linares and Campbell in his last four fights and of course, ‘Hi-Tech’s’ tremendous ring IQ saw him find a way to get past them both successfully in the end.

There has also been a lot of so called ‘beef’ as a way to promote the fight where Lopez’s father was apparently disrespected by Lomachenko. His has son very much feels the same way calling the 2 x Olympian a “conniving son of a b***h.” Make what you want of it below…

In terms of tactics of both fighters, I imagine Loma will do what he does best by constantly probing and feinting to make Lopez commit so he can counter and wear him down round after round. For Lopez he can’t afford to wait for Lomachenko to get complacent; he simply needs to take the fight to him, just like Salido did in his only professional loss. If Teofimo decides to sit back and hope to counter him with a big shot it could prove to be a long demoralising 12 rounds for him.

Before the fight I highly recommend you check out Josh Taylor‘s trainer Ben Davidson’s thoughts on how both fighters could play it out on Saturday. Check it out below:

This Saturday I believe  Teofimo will come up against the completely different beast that is Lomachenko. There’s no denying that Lopez has the potential to win this fight with his explosive power, but every fighter always has a puncher’s chance. I have a feeling the fight will shape up to something similar to Lomachenko vs Walters – everyone talked about the Jamican’s power, but in the end Loma’s boxing IQ was too much for him to handle and he gave up. I have a feeling the Ukrainan could put on another dominating masterclass display come Saturday – Lomachenko TKO

There are some good fighters on the undercard which I’m looking forward to seeing including the heavy handed Edgar Berlanga and a good match up with Alex Saucedo vs Arnold Barboza Jr. See full undercard below:

Where to watch Lomachenko vs Lopez?

If you based in the UK or Europe you can watch on FITE.tv here.

US and Canada will be shown live on ESPN and ESPN+

If you haven’t done so already you make sure to check out my boxer analysis blog on Lomachenko before the fight this weekend.