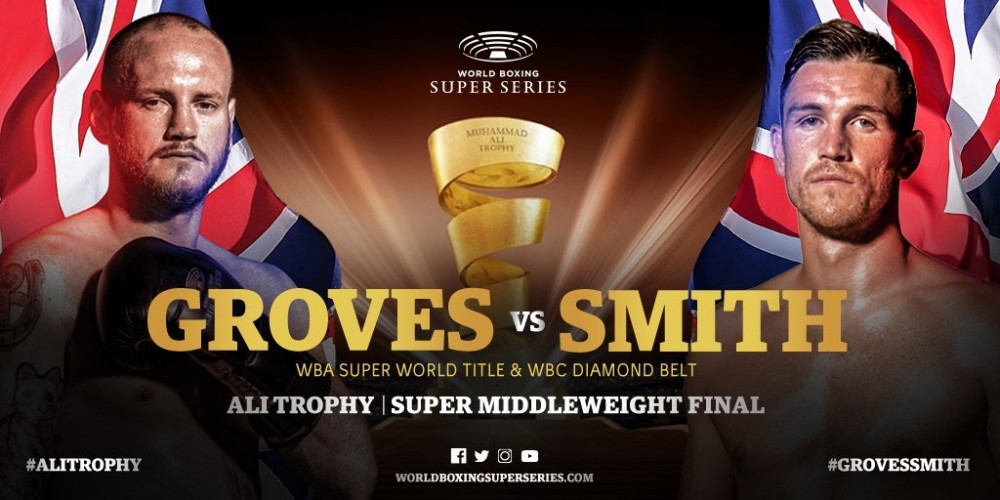 This weekend will see an all British showdown in the super-middleweight division as George Groves and Calum Smith face each other in the World boxing Super Series (WBSS) final.

To start off the hype for this fight has not been as strong as it probably should be for an all British clash. The main reason…the fight is taking place in Jeddah, Saudi Arabia! No disrespect to the Saudis, but you would think the WBSS would benefit far more if this fight was on the UK and to boxing fans there. This fight definitely would have sold out in a UK arena and the fans would have also loved to have seen this. Clearly money has done the talking in the negotiations somewhere and it just feels slightly wrong that fight will not get surroundings and atmosphere it deserves. (maybe the Saudi’s will create a wild atmosphere!)

Moving onto the fight now… I think this is a really interesting match-up. George Groves at one point was very much a living reminder of his two defeats to Carl Froch and if he could ever win a world title. Last year after a steady come back he finally realised his dream of becoming a world champion by winning the WBA (Super) title against Chudinov. It’s got even better for Groves since then and he could now cement his legacy by winning The Ring Magazine belt and WBSS Muhammed Ali Trophy… How things change. After the disappointment in his defeats to Froch and Jack, you could now argue he’s in a far better place to finish his career on a high and be remembered as true British boxing great. He will definitely be up against tonight in Saudi Arabia, if he is to get a career high after some big disappointments the past. Groves said:

“It’s fight time now. I’m ready to go…All the talking is done. I’m sick of talking. I’m ready to fight. This is the most prestigious fight I’ve ever been involved in. It’s a must win for me. An absolute must win.

Let’s see if the the ‘Saint’ Groves can come up with the goods tonight! 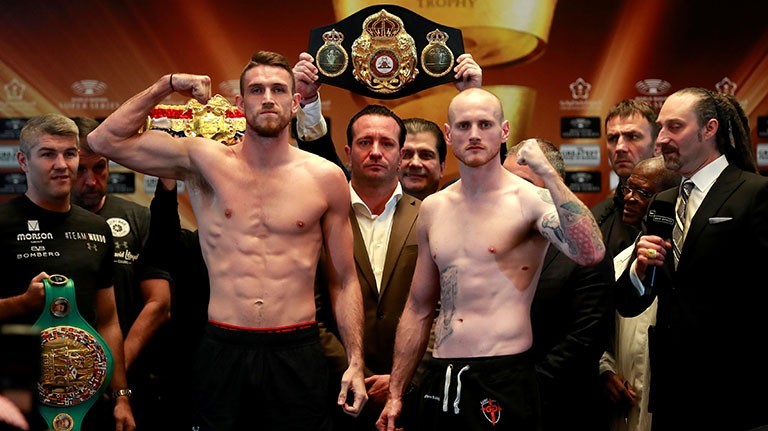 For Calum Smith, he has a made a steady rise up the ranks since his debut in 2012 with his most notable wins over Rocky Fielding for the British title and Swede Erik Skoglund on the way to the final. Standing at 6ft 3, he is very big for super-middleweight and that is one thing that might help going into this fight, using his physical advantage and reach. This is without a doubt Calum Smith’s biggest test and challenge to date. This will be first time he will fight against a recognised world level operator in Groves and will be interesting to see how he copes with. At press conference he did seem quite confident he can do the job tonight:

“I can do a bit of everything. I can box. I can fight. I’m very big for the weight but I do the weight very well. I feel good, I feel strong and I’m here to do a job and that’s become World Champion and I believe I’m going to do it.

“It’s a massive chance. As I’ve said previously, this fight ticks a lot of boxes for me. There’s a lot at stake. There have been a lot of good World Champions who never had the chance to fight for the Ring Magazine title, and I’m getting a chance to win it in first World title fight. That’s all the motivation I need. I can become the best on the planet, and that’s exactly where I want to be.” 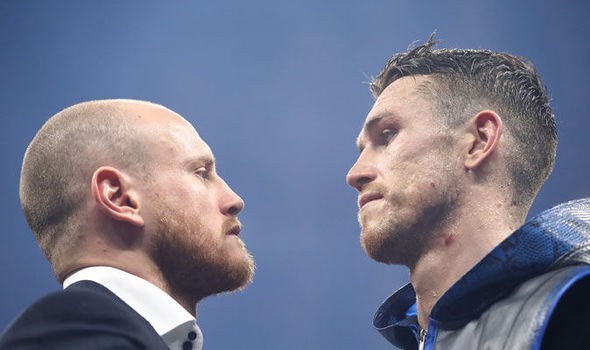 In terms of what I think.I’m’m just edging Groves with a UD win tonight. He has that big fight experience over Smith and I was impressed with how he handled Eubank Jr in the last fight intelligently. Smith will no doubt cause a lot of problems with his size difference and reach, but Groves trainer McGuigan will have no doubt set up a smart game plan for tonight. Let’s see what happens…

If you want some more fight build up, make sure to watch the Groves vs Smith pre-fight documentary below: