On February 22nd, Wilder and Fury will go toe-toe again in their highly anticipated rematch at the MGM Grand Arena, Las Vegas.

In this preview, I’ll be looking at their first fight again, what both fighters have done since and my prediction. I will also include details on TV showings and the undercard for this event further below.

Looking back now, Wilder vs Fury 1 is without a doubt a heavyweight and boxing classic that will live through the ages. Being based in the UK myself there was much anticipation for Fury to do the unthinkable, especially after his incredible come back from his depression and obesity issues.

When you look at Fury when he was at his worst, it’s amazing think he managed to come back to boxing, never mind compete for a world title. In his comeback, Tyson had two fairly straight forward fights to really help with the ring rust more than anything and I think people needed to see if he still had any type of passion or desire before he could fight a top heavyweight again.

If I’m being honest, he really didn’t look that good and it’s no wonder Wilder and his team felt they could take him out. To help with the promotion of his comeback, the first fight and even to this day – Tyson Fury has claimed use of the lineal title/champion. I admit, this is a nice accolade to have, but in all seriousness its one of the four world title belts that count for most people.

You don’t really hear of anyone in any other division going on about, but I guess it is what is and Tyson has used this to his advantage to promote himself since coming back.

Now in terms of the fight, Wilder probably came up against his toughest test to date and was outmatched skill wise. You could tell the world champion from Alabama was getting frustrated by Fury unorthodox style, faints and tounge taunts. 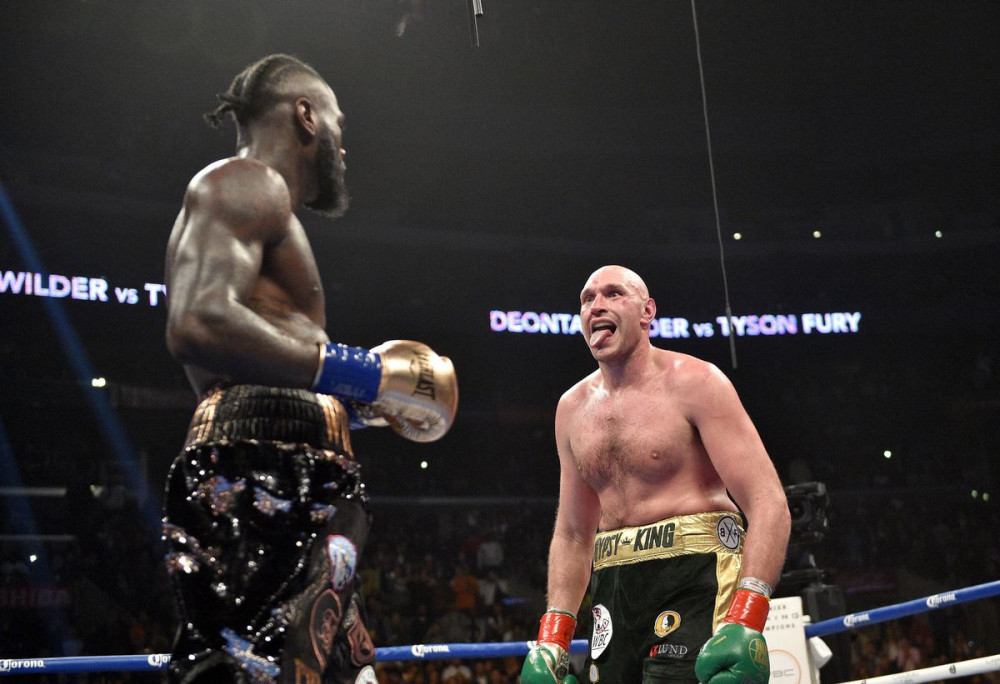 Fury intelligently managed to avoid Wilder’s famous and devastating right hand by ducking from the hips, but Wilder did catch onto this and eventually by following up with a left hook which caught him off guard in 9th round.

In my opinion Fury had won the majority of those rounds and I felt regardless of the knockdown in the 9th if he continued to do what he had been doing in the previous rounds we would have a new WBC heavyweight champion.

By the time the 12th round came it wasn’t looking good for Wilder and he had to pull something out the bag, and that’s what exactly what he did! With Fury flat on his back after a devastating right hand and left hook, he somehow he managed to get up! Not only that, he probably won the rest or round! It truly was amazing moment which had me screaming “GET UP! GET UP!” in the early hours of Sunday morning in UK…waking up my girlfriend in the process! 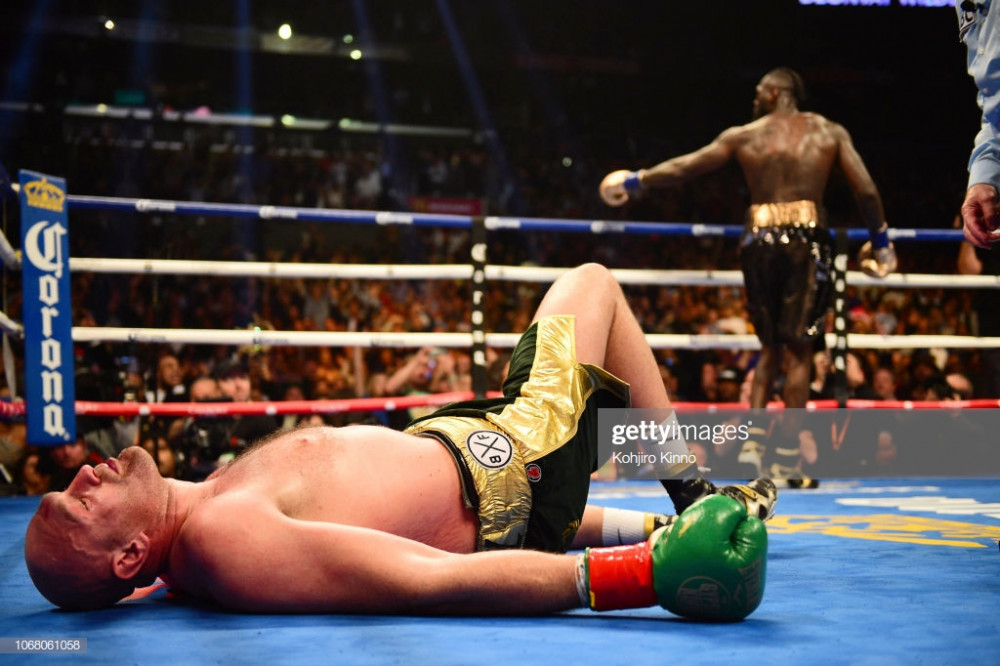 The result unfortunately was not in Tyson’s favour and it was ruled a slit decision draw. Wilder’s knockdowns definitely helped him in the end and you cannot deny of him of this playing into the final result of the fight, I personally struggled to see him win that many other rounds since watching the fight back. 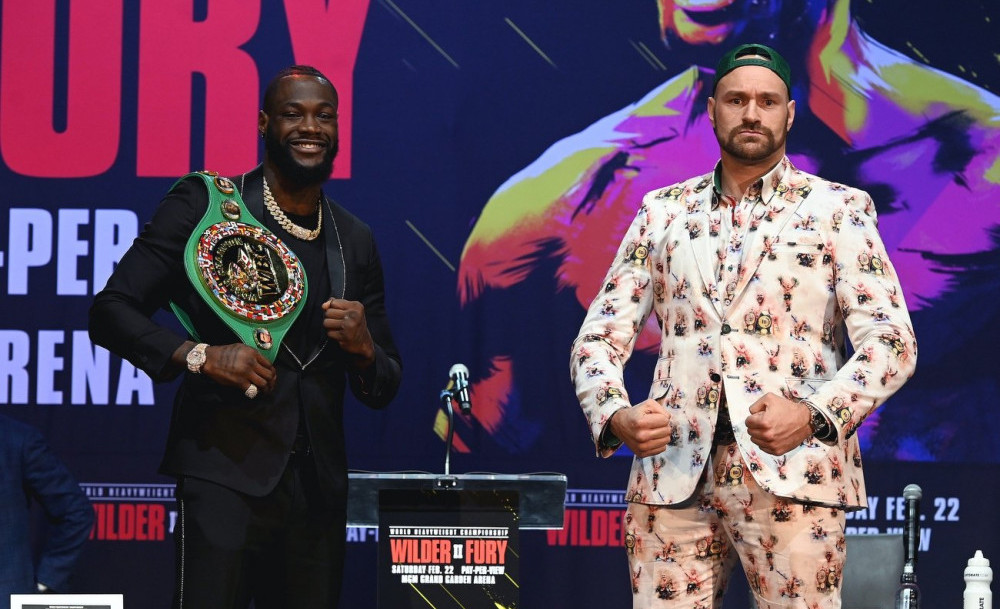 After this fight took place, it was no wonder a rematch was wanted by all boxing fans, but unfortunately for boxing promoting outfits got in the way, with Fury signing a deal with Bob Arum’s Tom Rank and Wilder signing deals with PBC associated networks ShowTime and Fox, it looked like this fight might be a one off.

Fury has since gone onto fight two fairly unknown undefeated European fighters in America. First against Tom Schwartz with a fairly convincing display and TKO, but then had a gritty and hard display against Swede, Otto Wallin, where he suffered a horrible cut.

Wilder on the other hand has had two devastating KO victories against two better fighters in my opinion. A first round KO over Breazeale and another victory KO over Luis Ortiz in their rematch. Going into this fight, Deontay has definitely had the easier time out of the two.

Tyson, dropped trainer Ben Davidson which came as a big surprise to many and could prove to be a huge gamble as he goes into his one. His new head trainer is now Javan “Sugar” Hill, the nephew of the latelegendary trainer Emmunal Steward, who Tyson used work close with at the start of his career. Fury has gone on record to say they are training for the KO over Wilder, which will be a dangerous tactic as leaving yourself open to the Bronze Bomber at any moment in the 12 round could result in a disastrous outcome for them.

Wilder, will simple need to be patient again for this one, the same way he came out against Luiz Ortiz. For me he had lost every round in that fight, as the Cuban started to get to gain confidence, he left himself open for Wilder’s right hand. He can’t afford to leave it so late this time if he wants to KO Fury this time

Before you read my prediction I highly recommend you check out Lee Wylie’s analysis of the first fight and what both fighters need to do to win on February 22nd.

In terms of my prediction right now it’s a very hard one, personally I would love to see Fury become 2x world champion and I also feel this will help shake up the heavyweight division for the better. Tyson went to the deepest lows of depression and obesity and to become champ of the world again, would be an incredible story.

Regardless of Tyson’s better boxing skill and IQ, I just can’t see past Wilder landing at least one monster KO punch again in 12 rounds. I don’t think Fury will manage to get up this time and the WBC world champion always seems to get a better outcome in his rematches.

Where can you watch Wilder vs Fury 2

UK will be showing the fight on BT BOX OFFICE

The undercard could be better, but here is what has been confirmed so far (I’ll continue to update this once more fights confirmed):