On Thursday the second World Boxing Super Series final will take place between Naoya Inoue (18-0, 16 KOs) and Nonito Donaire (40-5, 26 KOs) as they put their world titles on the line and fight it for the Muhammed Ali trophy.

It will be interesting match up between the two as they are both known for their frightening KO power which should create some fireworks come fight night in Saitama, Japan.

Going into this fight it is very much clear who the favorite will be, as Japan’s ‘Monster’ Naoya Inoue has gathered up to 2 knockouts in only 3 rounds of boxing in his journey so far in the WBSS. It’s no wonder this Japanese star is near the top of so many people’s pound for pound lists.

It is clear with Inoue’s dominant displays that he is a very special fighter, but I think most boxing fans would love to see him in a more competitive bout to see how can deal with being taken into later rounds. Inoue’s stunning KO over Rodriguez in the Semi

For Nonitio Donaire, a four weight world champion himself and someone who used to be considered pound for pound at one point himself, will no doubt want to be that person to really challenge and cause a huge upset on November 7th. The ‘Filipino Flash’ has had relatively simple journey himself, with a win over the highly rated Burnett after he had to retire in their bout due to an unfortunate injury (has retired from the sport since then).While he had vicious KO over Stephon Young (below) who filled in for WBO champion Tete who pulled out due to injury.

Donaire is 10 years wiser to Inoue and yes he may be past his best, but I think there is a good chance he will force Inoue into respecting him a bit more in this fight, as he still clearly has that knockout power that can hurt anyone! The experience of himself fighting with so many great fighters should play some part before they face each other and it does sound like he is confident heading into this fight. Talking to WBN, he said:

“I’m just very excited…I don’t see myself with any disadvantages going into the final… I will give everything I have to win and I believe I can do it. It has been predicted that the keys to the fight are speed and power and the one who makes a mistake first will lose. On the other hand, we both have boxing brains, so it can be a long game like chess.”

I also thought it was interesting how Inoue himself used to admire and look up to Donaire when he was younger and you can definitely see traits of younger ‘Filipino Flash’ within the Japanese star’s boxing style. Talking to SecondOut, he said:

“I have been watching Donaire throughout his career and was stealing his moves when I was starting out in boxing. I have a lot of respect for Donaire, I have idolized him and that’s why he was the one I wanted to fight the most in this tournament. But now it’s time for a change of generations.”

It’s great to show that he has that respect for Donaire, but come fight night both will once again head out there and go for another knockout on the opening rounds.

My prediction – Donaire obviously has a lot more experience and that might help him last slightly longer, but I just can’t look past Inoue for this one. As much as I love watching Donaire and want to see him finish on a high, I wouldn’t be surprised if another knockout came in the early rounds again for the ‘Monster’ Inoue. KO Naoya Inoue.

Where can you watch Inoue vs Donaire?

Watch on DAZN, the world’s largest dedicated live sports streaming service, that is exclusively bringing the USA and Canada the WBSS Season II Finals. Sign up with DAZN here to watch the fight this Thursday.

The UK will be showing the fight on Sky Sports.

To get you ready for the final make sure to check out my boxing fight style analysis on Naoya Inoue here.

Thanks for reading and enjoy the fight! 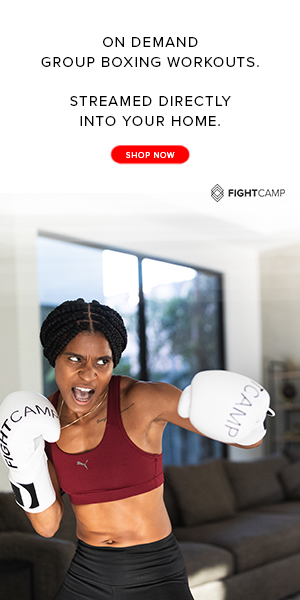