When you think of the sport of boxing, most will envision the devastating knockouts and punches. But once you truly get to know and love the sport you will start to have true appreciation on the defensive art and techniques boxer show on display in the ring come fight night.

Boxing is very split down the middle between offense and defense, which therefore makes a good defense just as important as the punches you throw.

There are many boxing defensive techniques you can learn, but sometimes it actually depends on your own boxing style – are you boxer/puncher, brawler/infighter, an out fighter or a counter puncher? Depending on what you are will determine how you use a specific defensive boxing techniques to use in sparring or competition.

In this post I’ll go over for you some of the defensive techniques every boxer should learn to use, methods you should use for specific boxing styles and share some useful video links to see these techniques firsthand throughout.

6 Defensive techniques every boxer should learn

1. Blocking with the High Guard

Now this is a defensive technique every beginner should start with as it is fundamental defensive move to protect your face, head and body to an extent.

So why should you use this? Well it will primarily protect you in most instances and by having your hands in a higher position also helps set you up for offensive punches. This is probably the most likely thing to do when facing someone in the boxing ring.

If you are to only really use this defensive maneuver you will need to prepare to be able to take shots in the ring, as punches will be hitting against your gloves more often. Like with everything there are cons to using the high guard to block shots depending on where you hold them and can also encourage your opponent to go on the offensive.

Many boxers also use the high guard when they have been hurt by powerful shots to cover up so they can protect themselves from more punches.

Really good examples of using the high guard is former middleweight and super middleweight world champion Arthur Abraham and former world heavyweight champion Mike Tyson who used this as a form of their stance and style. See examples below:

The image of Abraham against Ward, shows how the high guard is used to protect the majority of his face, but leaves a gap in the middle of his guard so he can still see punches thrown at him. Abraham is very much a brawler/puncher who reacts off your punches by timing strong powerful counter punches as he applies constant pressure on you. Styles make Fight’s video demonstrates exactly how Abraham uses this fundamental and useful technique.

Mike Tyson on the other hand uses this in a similar way but as peek-a-boo boxing style which was developed by legendary trainer Cus D’Amato. Tyson would lower his gloves slightly to have better vision and to also protect his face and chin. He would also incorporate lots of side-to-side slipping (head movement) along with bobbing and weaving which I will go into more detail further below.

Check out this great video by The Modern Martial Artist on how
Tyson used this high guard peek-a-boo style which can also give you some defensive tips here.

Now old school timers reading this may argue why I didn’t put this first, but I do agree that your footwork is arguably one of the most important and hardest defensive techniques to learn as it is very much a matter of inches in being hit and not getting hit depending on where you place them.

Footwork is also the means by which you can make your opponent make positional adjustments and then make them pay as they try to adjust.

To back this up there is an amazing quote from former super middleweight and light heavyweight world champion Andre Ward regarding this:

For me it also applies to all styles, but is of most importance for a counter puncher or out fighter style who heavily rely on creating the distance to make your opponent miss but also still being in range to counter and punish them. Here is a great short clip showing Usyk vs Gassiev with Andre Ward discussing the importance for feet.

I highly recommend checking out my article on Andre Ward who demonstrates this clearly for anyone looking to learn further. Muhammad Ali and Pernell Whitaker are also wonderful examples to watch and learn from.

If you have a pressure fighting style however, it’s vital that you have great footwork to be able to cut off the ring and be able to trap your opponent on the ropes. Especially if you are facing a quick out fighter who likes to move around a lot. It’s a valuable skill for any boxer to have regardless of your style.

A fantastic boxer and example of this would be former world champion Román “Chocolatito” González. A worthwhile video for you to watch is the ‘Art of Moving’ by Lee Wylie below. This truly demonstrates the spectacular balance and footwork of “Chocolatitio” which every boxer can learn from.

This is one of the most common defensive techniques you will see a lot of boxers use when sparring in ring. It is primarily used with head movement by moving to the right or left of an incoming jab from your opponent.

You will see a lot of boxers using the technique to bait there opponent to throw a jab and slip there head to the right and counter with a strong right hand. See an example of slipping a jab below from the right.

The maneuver is also possible by slipping from the inside and countering with left to the body or head. See example below of Joseph Parker against Anthony Joshua throwing a right hand from an inside slip. As you can see it is a useful technique to use if you are slightly smaller fighter or up against an out fighter that throws lots of jabs.

It’s a fairly simple technique to learn, but it’s all about persistence and timing to get use to this maneuver. Here is a great video by Expert Boxing below whom demonstrates how to slip punches effectively.

This is a slightly more advanced defensive move, but parrying a punch is something you will see a lot of the older school boxers use. It is mainly used with your right hand (orthodox vs orthodox or southpaw vs southpaw) to block or deflect an incoming jab to your face. For orthodox vs southpaws you would both most likely use your lead hands to parry with each others incoming jab instead due to your stance.

The parry is a great technique to learn as it can create brilliant counter punching opportunities against your opponent which can be unexpected for them.

Here is an examples below of Andre Ward using a parry against Sullivan Barrera’s jab in their light heavyweight match up below. You can see it full action here. 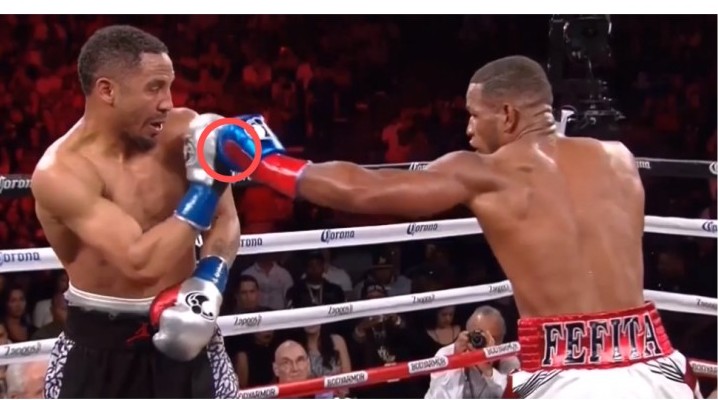 Another great example of a boxer using a parry is the Floyd Mayweather Jr who often used his right hand to parry and counter punch over the top with the same hand. Check out this short clip of Floyd’s uncle Jeff Mayweather explaining and demonstrating how to parry correctly.

This is another advanced technique which can take some getting used to as it involves a lot of hip and leg movements to utilize it correctly.

Why should bob and weave (roll) then?

Well using this skill is something that can open up attacking opportunities, along with being able to put you in a better position. When bobbing and weaving (rolling), you can evade multiple shots in just a few movements.

As your head will be moving along with your body it can be very difficult for an opponent to hit you with shots. It also allows you to counter with strong powerful punches which can be devastating if your opponent is not switched on or ready for them.

A great example of someone who does this is Middleweight World Champion Saul “Canelo” Alvarez (above) who has built this tremendously well into his boxing style. I highly recommend you check out my Canelo boxing style article for a better look at this specific technique.

I have left great video by “myboxingcoach” who demonstrates how to actually use rolls when in competition or sparring.

Now this is a skill which doesn’t get taught enough in boxing gyms in my opinion and is an essential skill for anyone who is going to take boxing seriously or go far.

For observers and fans of the sport clinching is probably one of the most unattractive elements as it can break up the fight, can be considered as time-wasting or provide unexciting fight. However, if you are a boxer in the ring it is can very different story why and when you use this technique

On that note why should you learn how to clinch then? Well first and foremost it is generally considered a strategic defensive manoeuvre to limit the offense of your opponent. Clinching gets you in a position up close where your opponents punches are far more limited to hit you cleanly. That’s why quite often you will see fighters do this when hurt, so they can stop further damage.

For fighters who like to get up close to their opponent this is an essential skill to learn as it opens the doors to many infighting opportunities. This can lead to devastating consequences for your opponent if they have not trained properly on how to clinch or fight on the inside.

If you are a beginner I highly recommend you check out video below by “Fight your way fit” to learn the basics of clinching:

Now for those that have boxed before you will know that opponents constantly trying clinch and get on the inside can be incredibly frustrating. However, there are ways round this to stop your opponent from getting up close. In the video below “GGG” Golovkin demonstrates to fellow professional Barrera after a sparring session, how to intelligently use your head to discourage opponents from getting on the inside or clinching.

Now as much as this is a fascinating watch, using you head is always a dangerous method to use as is can result in cuts or even concussions! So please be careful when practicing.

Clinching is a very hard defensive skill to learn and takes years of practice to master it properly. Although it is not the most exciting defensive technique it can help or save you in some very difficult situations.

How to train boxing defense

Now all the above can take years to master just like with your offense, but there are ways you can focus more on learning from which I plan to go in more detail in a future post. But here are all the best ways you can lean all the above:

I recommend you check out my 10 exercises to improve your reflexes blog for more detail.

Now I hope after reading all the above you will have a far greater appreciation of the defensive side of boxing. All of them have there pros and cons, however it’s about when and how you use them in the ring. It’s all a matter of inches and using them all effectively at the right moment.

I hope you enjoyed this boxing training post and hopefully this will help you work on different parts of your boxing defense.

Let me know in the comments below which option you are going to start working on or needs improvement.