With the rise of veganism, it’s only natural to see some top professional boxers in the world starting to consider or take up the diet.

But why would boxers want to take up a Vegan diet? Well there are many benefits to the diet to which might explain some boxers starting to embrace it.

To clarify a Vegan diet, here is how the The Vegan Society define it:

It is a plant-based diet avoiding all animal foods such as meat (including fish, shellfish and insects), dairy, eggs and honey – as well as avoiding animal-derived materials, products tested on animals and places that use animals for entertainment.

In the list below I have provided former and current boxers who have fully embraced the vegan diet or openly admitted to trying it out to see how it could benefit their lifestyle and performance.

Bryant Jennings is a heavyweight title contender whose Vegan diet came to light in the Netflix documentary Game Changers (I recommend you check it out).

In the documentary Jennings explains how he becomes Vegan, and even doubted some of the myths around the taking on 100% plant-based diet and how it could damage his performance.

Jennings eventually decided to go all in and has never looked back since, fully embracing the Vegan lifestyle not only for his career but his day to day life. In an article with The Guardian they go into greater detail around Jennings plant-based diet:

“I was a vegetarian before that, but I became a vegan for health reasons, based on particular additives and ingredients in food… I just thought healthy eating, clean eating was much better. And it really has been great for me.”

“Lots of peanut butter and jelly, oatmeal, quinoa, avocado, a lot of fruit and vegetables. I make my own burgers from scratch with chickpeas, black beans, lentils, quinoa, flax seeds, chia seeds. It’s all wholefoods…”

Check out this great clip below Jennings talking about turning Vegan below:

Former heavyweight champion of the world was once considered the baddest man on the planet, but who would have thought Iron Mike would go on to be Vegan after meat heavy diet during his pro career.

After Tyson retired in 2009, he started to really pile on the pounds and wanted to find a diet and way to counteract the weight gain after he hit “rock bottom” in 2009. He turned to veganism to have a healthier lifestyle which he has now been doing for over decade.

In an interview with Oprah Winfrey in 2013, the former retired world champion explained why:

“Becoming a vegan gave me another opportunity to live a healthy life… I was so congested from all the drugs and bad cocaine, I could hardly breathe. High blood pressure, almost dying, arthritis, and once I became a vegan all that stuff diminished.”

“I lost weight. I dropped over 100lbs and I just felt like changing my life, doing something different and I became a vegan,”

You can watch the full clip of Mike talking about this vegan life change below:

During his career Bradley was two weight world champion and renowned for his training work ethic and pristine body before reaching fight night. In 2008, Bradley decided to take on the Vegan diet to see how this would help benefit his performance in reaching the top of the sport.

In an interview with Boxing Scene in 2013, Bradley goes in to great detail in how this helped him in overall training leading up to his fights:

“I have used this diet since 2008. I first tried it when I was preparing for my challenge of WBC super lightweight champion Junior Wittier — my first world title fight — and after seeing the results it gave me I have tried to stay as loyal to it as possible.

“It helps keep my body clean and it provides me with a tremendous amount of energy due to my body spending less energy breaking down foods like meats. This is a big key factor in my fitness.

“With a vegan diet you always have energy, so much that sometimes I have trouble sleeping at night. You feel light. You don’t feel bulky or heavy. This would benefit any athlete in any sport.”

You can read the full interview on Boxing Scene here.

Now retired and former Crusierweight and Heavyweight world champion David Haye has been one of the most vocal advocates of Vegan diet and lifestyle, especially on his return to boxing after his initial retirement.

Haye was very open about turning Vegan which happened after watching a documentary.

“I watched a TV documentary about how animals are farmed, killed and prepared for us to eat… I couldn’t be a part of it anymore. It was horrible. I did some research to make sure I could still obtain enough protein to fight and, once satisfied that I could, I stopped. I’ll never go back.” (talking to the Independent)

Ever since Haye has really gone on and shouted about the incredibly benefits it has had for him in his overall life. I recommend you watch this great 5min clip below by the Mr Vegan YouTube channel who discusses with Haye the process of him turning Vegan.

Joshua is one of the biggest stars in boxing and is currently heavyweight world champion. Having arguably one of the best physiques in sport, it’s interesting to hear how he has embraced Vegan diet into his regime leading up to a fight.

In his short documentary The Calm Before The Storm on his YouTube Channel. Joshua talks about how he has introduced plant based food into his diet.

He explains how he has “vegan lunches” as this helps to keep him fresh, knowing how it can beneficial to his training regime as a whole.

Although he has not fully taken on the Vegan diet like the above, he has embraced how it can be an important aspect in your diet for performance.

Boxing and the Vegan Diet

So if you are a boxer and are considering the Vegan diet there are obviously advantages and disadvantages to it. Here is little table for you before considering:

Now if you fancy giving the Vegan Diet a go, I highly recommend you check out the 1-Month Vegan Challenge ebook series that can really help you decide to go all in or try implement some of it in your diet (Like Anthony Joshua above). I feel by following a proper guide it can really help to counteract some disadvantages I have mentioned above. You can read my full review on the 1-Month Vegan Challenge here to find out exactly what you will get and learn.

If this doesn’t pick you fancy, check out my Top 7 Vegan diet and fitness programs here for more fantastic options.

Let us know in the comments below if you have considering taking up the Vegan diet or if you have seen the benefits of it in your life.

Make sure to check out some other diet and fitness program reviews here for more.

One thought on “Boxers Who Are Vegan” 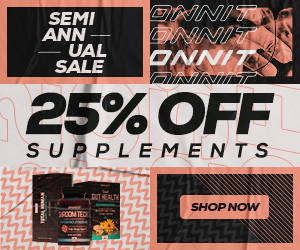